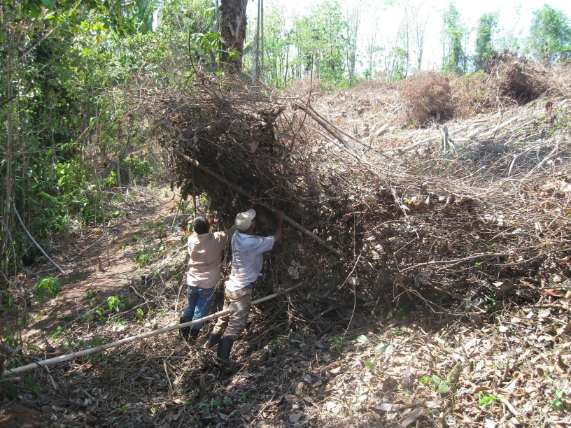 Making Biochar out of Slash: Agroforestry Report from Guatemala

Application in practice: A guide on how to make biochar out of slash with low-tech methods instead of simply burning the slash. The biochar can be used to enhance soil quality and improve water retention during the dry season.

Abstract: At the mixed hardwoods and cacao farm of Izabal Agro-Forest in Caribbean Guatemala, instead of burning in the traditional “slash-and-burn” manner, we made an experimental attempt on one hectare to convert into charcoal 10 years of clear-cut, successional, lowland tropical forest re-growth that had been felled to make way for mahogany and cacao planting. The resulting charcoal was to be incorporated into the soil surrounding the cacao seedlings.

Employing six workers with machetes, a chainsaw, and a pickup truck, the conversion of slashed biomass to charcoal was to be in as low-tech and low-transport fashion as possible. After some trial and error, the following “slash-and-splash” method involving dousing of burning biomass with water was established:

After collecting the charcoal, the hectare was seeded with leguminous tropical kudzu (Pueraria phaseoloides) for soil protection and nitrogen. The kudzu after one year eventually outcompeted all unwanted plant growth, however, initially, weed competition against the young cacao had to be controlled with herbicide. Another quite noticeable drawback of allowing biomass to remain over the soil on the experimental hectare, rather than burning it completely as on adjacent hectares of traditional complete burning management, was that young seedlings in the experimental hectare suffered a high rate of insect damage. Periodic earthworm counts were generally higher in the experimental hectare.

The yield for one hectare of 10 years’ tropical forest re-growth was 13.2 cubic meters of charcoal before pulverization, weighing 2250 kg. Ratio of dry charcoal to original, air-dry biomass collected was 7.9% by weight, though we are confident that with practice, equipment, and refinement of technique, this figure could have been improved by at least 50%. In rough comparison, traditional kilns achieve 15-25% efficiency, retorts achieve about 30%, though costs, times, and logistical drawbacks of these methods are considerably more than the one described here. Tropical forest burns in Amazonia result in approx. 2% or less charcoal.

A portion of this charcoal was added to compost and allowed to stand for a month or more, the mix was filled into the planting hole for seedlings, and remaining charcoal was later incorporated into the soil around the established seedlings. As demonstrated by our soil analyses, there will be a soil pH shift toward 7 when charcoal is added to acidic soil, due in part to ash contained in the charcoal as well as to the neutrality of the stable carbon portion of the charcoal itself. However, if charcoal is not “pre-charged” with nutrients (nitrogen, most importantly) and bacteria, there is the risk of soil nutrient immobilization when added directly to soil, the reasons being that charcoal contains tar-like carbon compounds that are available to soil microorganisms which need N and other nutrients in order to process the carbon, and that the adsorptive and absorbtive properties of charcoal can chemically or physically temporarily immobilize nutrients.

To minimize transport and labor costs involved in composting, we now recommend harvest of the kudzu cover crop, mixing the harvest with charcoal, and composting anaerobically by the ton under plastic sheeting. Where composting is out of the question, charcoal enhanced soil has also been demonstrated to make more efficient use of applied, commercial inorganic fertilizers. After time, it was apparent to us that an often overlooked beneficial aspect of charcoal in soil is its capacity for water retention in time of drought, of particular importance in cacao cultivation. We suspect that it was this quality that saved these seedlings during a subsequent long drought, whereas many others planted at the same time without charcoal addition perished.

Founder and CEO, OpenForests. Passioned about finding answers to the burning questions of our time. With our tools, we want to connect people and forests. 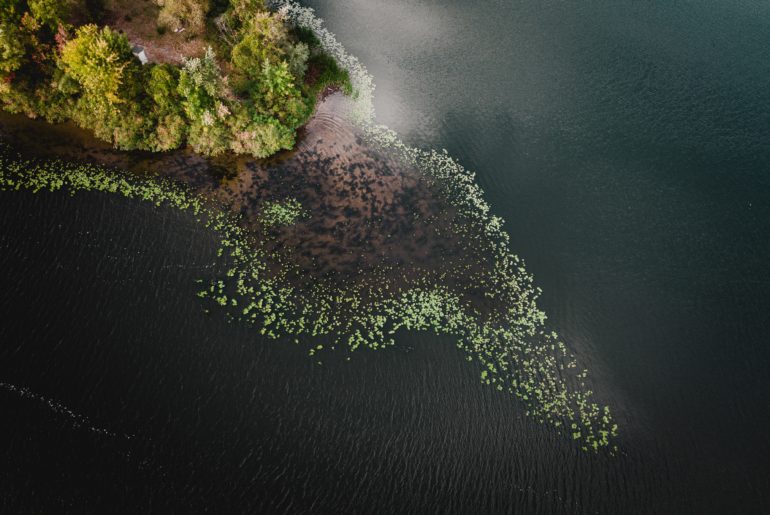 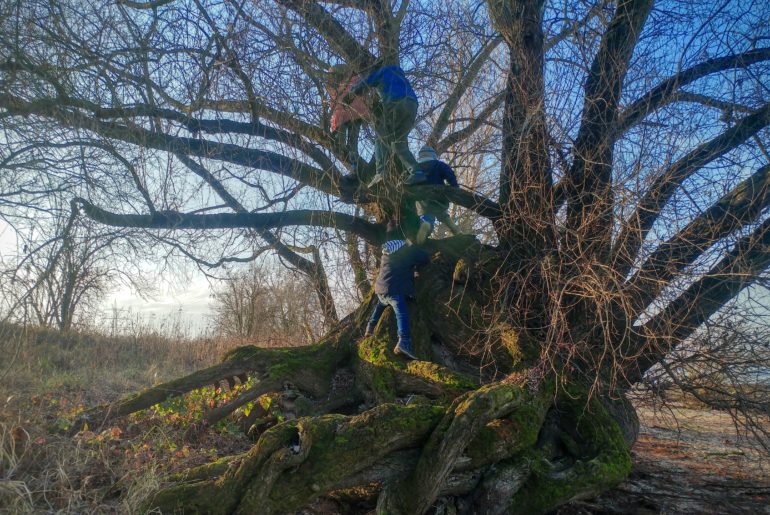